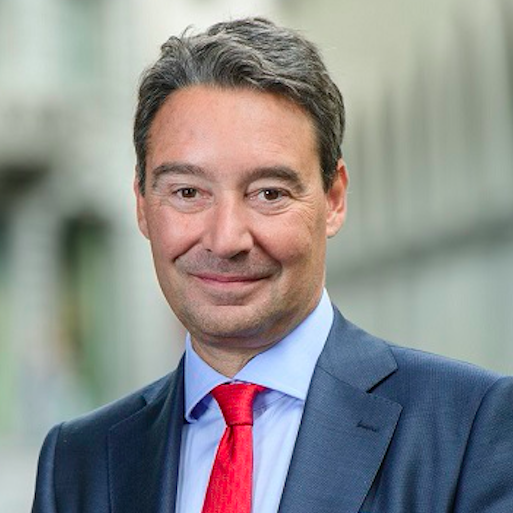 After earning a degree in economics from the University of Geneva in 1987, Serge Pavoncello started his career in the asset management department of UBS, where he soon made a name for himself. As a young director with the bank, he was directly involved in setting up the portfolio management departments in Geneva, Zurich, Basle and Lugano and he sat on the investment committee for private clients.

During his eleven years at UBS, Serge attended the Swiss Banking School and earned two post-graduate degrees in finance and an Executive MBA from Darden University, Virginia US. Additionally, he was a senior lecturer at in-house trainings for UBS managers. Outside the bank, he became a member of the board of the Swiss Financial Analysts Association (SFAA) in 1995 and played an active role in the development of AZEK, a post-graduate training institute for finance created by the SFAA.

In 1999, Serge became the director of the onshore private banking unit at Credit Suisse in Geneva. Three years later, he was put in charge of creating and running the Ultra High Net Worth Individuals unit. In this context, he worked with a wide range of clients from elite athletes to entrepreneurs and he organized a series of lectures for clients of Credit Suisse SA. It was at that point that he started bringing together the corporate and private banking worlds as a consequence of his conviction that the future of wealth management lay in offering customers a holistic approach.

In June 2004, Serge left the bank to found Wedge Associates SA, a Multi Family Office with the primary goal to offer its clients a complete range of sophisticated wealth management services. His extensive experience in the world of finance and his network of private and professional contacts allow him to run an independent and truly client focused business able to serve both individuals as well as companies with services tailored to each customer’s needs.

Serge Pavoncello is a member of the board of the Swiss Association of Asset Managers (SAAM), the central agency for independent wealth managers in Switzerland. He participates in various projects aimed at developing the profession of independent advisers and wealth managers. In May 2017, he was elected president of the association.

This website uses cookies to improve your experience while you navigate through the website. Out of these, the cookies that are categorized as necessary are stored on your browser as they are essential for the working of basic functionalities of the website. We also use third-party cookies that help us analyze and understand how you use this website. These cookies will be stored in your browser only with your consent. You also have the option to opt-out of these cookies. But opting out of some of these cookies may affect your browsing experience.
Necessary Always Enabled

Any cookies that may not be particularly necessary for the website to function and is used specifically to collect user personal data via analytics, ads, other embedded contents are termed as non-necessary cookies. It is mandatory to procure user consent prior to running these cookies on your website.